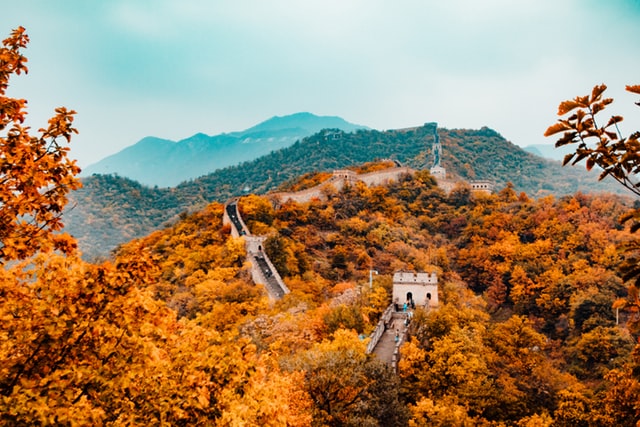 One of the best travel destinations that attract millions of tourists per year is the Great Wall of China. Stretching across thousands of miles, it’s a massive fortification across Northern China. It’s a masterpiece with superb architecture known by people from all walks of life.

Here are the top facts about the Great Wall of China:

1. It is More than a Single Wall

Unknown to most of the people, the Great Wall isn’t a single wall. It is a collection of walls with some built-in parallel for increased rigidity. The most extended and massive sections were constructed in the Ming dynasty, covering almost 5,500 miles.

The Great Wall was erected across natural features like mountains and rivers. Some sections were preserved because of the presence of military facilities like watchtowers, barracks, and basements.

2. Working on the Construction Crew was a Punishment

Many people might think it was an honor to be part of the construction of the Great Wall. This, however, was not the case. The Emperor then knew that a vast amount of workforce would be required to build the wall. As a result, part of the punishments of convicts was to work on the construction site.

When other emperors came along, they followed in the late Emperor’s footsteps by using forced labor to continue the construction. The job required hauling massive rocks and stones, digging, etc. According to history, around 400,000 perished.

3. It is also called “The Longest Cemetery On Earth.”

Sadly, a lot of people could not withstand the hard labor that followed the construction. These people died and were simply thrown in the foundation as the workers kept ongoing. The loved ones of the departed souls will go to the site to mourn.

According to history as well, Meng Jiang’s husband died while constructing the wall. When she heard this, she cried so hard that her tears forced the wall to break, giving way to her husband’s remains.

4. It Cannot Be Seen from the Moon

NASA shed light on this. They revealed that since the great Walls were made from the same materials as the earth, it is hard to see it from space.

5. You Can have a Marathon on the Great Wall

History had it that some sections of the walls are pretty wide. They are so wide that they can contain a vehicle. It made it big enough to have people run a marathon on it. There is a Great Wall marathon held every year. It began in 1999 and features 2500 runners from more than 60 countries.

There are three distances you can run: the marathon, the half marathon, and the 8.5 km distance. Many times I try to look for an online website to help me with assignment to give me the chance to attend the marathon event. It is very interesting.

Indeed, the great wall of china facts is fantastic information that is worth knowing. It is really a monument to behold that will stay in your memory for long.