The mind is a powerful thing. It can bring up some of our most pleasant memories and it can also bring back some of our most painful ones. I’m sure we all have had dreams about ex-partners, but what does it mean when you dream about your ex? Do these dreams tell us anything about ourselves or are they just random thoughts? Let’s find out!

Dream about an ex and its general meaning

The dream of an ex is associated with very strong emotions. However, what does it mean to see a former boyfriend or girlfriend in a dream? The first and quite obvious meaning is longing. Especially if the initiator of the separation was not you but your ex. It is completely natural that you miss them; you often think about them and about the moments you spent together.

If your ex appears too often in your dreams, it means that you still have unresolved feelings for them and you will not forget about them as soon as you would like. But what if, despite the feelings you had for your ex-partner, your relationship was not imitative, there were betrayals and numerous understatements?

Another possible reason why you have the dream with your ex is nothing but a warning against making wrong decisions and summarizing your feelings about the new relationship — you are full of fear of another toxic relationship.

And what if you are currently in a relationship with someone, you are fine, but your ex keeps appearing in your dreams? This could be a sign that it’s not worth making the same mistake again. Your unconscious is apparently speaking to you and wants you to make a change, otherwise, your current relationship may end up like the previous one.

Last but not least, the recurring dream of your ex simply indicates that you want to get back together. Let’s take a look at a few common dreams about your ex.

Dream about an ex that wants to get back together

Have you ever dreamed that your ex-partner wants to come back to you or that they asked for another chance? This could mean that you could have made some not-so-good decisions that were necessarily not in line with your beliefs or were influenced by other people.

This could also mean that you’re subconsciously dreaming about what life would be like if you were still in a relationship. Such dreams are usually brought on by stress, loneliness, or feeling guilty for any negative emotions caused by the breakup.

If your brain is trying to send you a message like this, it’s probably because you’re not over the relationship and haven’t moved on. When people dream about an ex that wants to get back together, they might be fostering old emotional connections and rekindling these feelings of longing and desire for this person. But if you decide to move forward with the goal of reconciliation in mind, keep in mind that real life can be much more complicated than we intend it to be. If one or both parties don’t really want the same thing anymore, then pursuing such a motion will only perpetuate an unsalvageable relationship—and leave one heartbroken once again.

Dream about an ex from your childhood/the first love

Such a dream is a clear sign that you long for freedom. If you are in a relationship now, you probably feel bound, as if you were stuck in one place, and/or you may feel that your current relationship is holding you back, slowing you down, or limiting you in something.

This dream, however, can of course also indicate a relationship with the person you dreamed of. And at the same time, it also can be a stimulus to refresh childhood relationships; to get in touch with those you haven’t seen since your childhood. Who knows, maybe it will be the beginning of a whole new chapter in your life!

Dream about an ex with a new partner

This is probably one of the least pleasant dreams, if your ex appears in the company of another partner, especially if it was them who wanted to break up. What could this dream mean?

There are two interpretations: one that we have come to terms with the fact that our old love has a completely new one and we have no problem with it. We may have heard about that from someone or seen it on a social network the previous day before we dreamed about it.

The second is associated with jealousy, which can be strongly influenced by our current situation. If you often think about our ex or you’re addicted to them and can’t stop thinking about them, this dream is very common.

See also: Affirmations To Help You Get Your Ex Back

Dream about an ex having a child

When you dream about your ex-boyfriend with a child, it can be an indication that he or she is still on your mind. You may not realize the extent of how things have changed for both of you as well considering what happened in this relationship but there will definitely come up some emotions related to intimacy which might make sense now.

It is worth considering what you really want, whether you make all decisions in harmony with yourself. The dream of an ex with a child more often appears to women, who want to become a mother and wonder how their current partner will perform in the role of a father. However, this dream can also be interpreted as an expression of subconscious longing to start a family (for both men and women), planning the future, and thinking about the responsibilities associated with it.

Also, it’s possible that the ex-partner and you are moving towards reconciliation, whether consciously or subconsciously. It could be some manifestation of your fears about “losing” the role of parent, as some people feel guilt or sadness at having to let go of some aspect of their identity. Or it might simply mean that you are concerned about some aspect of this person’s life. There are many ways to interpret what it means to dream about an ex having a child. And remember, who knows – it might not even be related to this person! Whatever meaning emerges from your dreams will depend on how much importance is placed by you on this person in your life right now.

Dream about an ex crying

It typically means you’re going through a difficult time that relates to your ex. You might be looking for closure, or trying to understand why you broke up. You may also be struggling with fear of abandonment or fear of rejection as some breakups often trigger these feelings as well as other fears such as the fear of intimacy and commitment. It’s important to note whether tears are happy or sad tears – if they represent happy tears it could mean good things for your future and that you will find someone new who is better than your ex. Conversely, if the dreams feature sad tears, then it could signify feelings concerning sadness, frustration, and regret about what once was between you two.

It could also be that they are saying sorry or feeling guilty. It could also mean you care for them still and need to address the issue, but it may just be your subconscious telling you to move on.

Dream about an ex dying

A dream about an ex-partner dying can be interpreted in many ways. The most common interpretation of the death of your ex is that you are finally letting him or her go and moving on with your life. You may also feel relief if this person has caused you pain in the past. There are other interpretations too, like feeling guilty for not telling them how you really feel, regretting things said or done.

People who dream about an ex dying are typically looking for closure or trying to get over the breakup. It could also mean that they have put too much time into their past relationship and it is holding them back from moving forward.

How to interpret your dream

Whether you were in a passionate and extremely romantic relationship, or rather an abusive relationship full of arguments, fights, or competing, there’s no doubt that the moment of separation had a big impact on you. When it comes to interpreting your dream, it is important to consider who wanted to separate; was it you or your ex-partner? Did you break up in a quiet atmosphere, or did you exchange arguments?

Look in the depths of your mind and analyze your current situation. If you want to go get back with your ex and think about them every day, you are having dreams about them for that reason. However, if you have not thought about your ex lately at all, the reason is probably different. 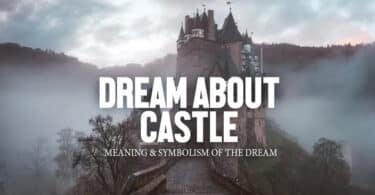 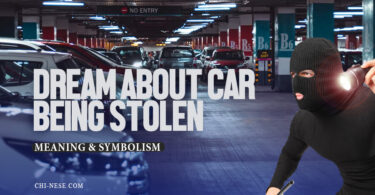 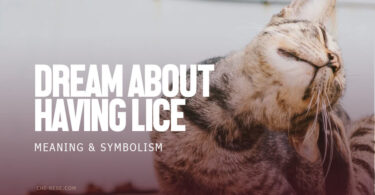 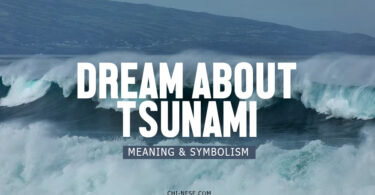