Winning the lottery or a significant jackpot are definitely the stories that people get to hear again and again. As a result, over the past years, many mass media sources have highlighted people winning progressive jackpots.

Progressive jackpots are quite famous and are the most played games in the gambling world. The jackpots are known to increase the total sum each time the specific set is played but not won.

The games are played in a manner whereby players from every casino that hosts the game contribute to the final amount every single time they play. Once the game has been won, the amount is determined, and players can begin to compete again. The slots always end up in high pay; they are not the regular payouts, as sometimes the payout may consist of an eight-digit figure.

The econotimes.com explains that progressive jackpots are organized for a specific game in which players participate. Every single time a player participates in the game, a small percentage of the amount paid goes to the jackpot.

The reason jackpots multiply is that usually, many people play games. The slots are organized in mini, major, and mega jackpots.

The most coveted of the games is the mega jackpot, as it tends to have the payout entirely compared to the other progressive jackpots. The jackpots grow to the tunes of millions of dollars and pounds, and several gaming companies have paid out millions of dollars to players over the years.

The slots are mostly played in casinos, but in the modern world, they are also played online. Progressive online slot games are perfect for people who play to win and favor them as they do not have to go to the physical casino.

The online progressive jackpots are divided into two. One can play to win based on the personal bets they have placed hence winning an incremental sum off the jackpot.

The game is won when an individual gets the right combination of symbols on their reels. It is, however, essential to note that the jackpot sum changes with every bet placed. Progressive jackpot machines can be identified through special meters that are placed in the machines’ game interface.

How to Win a Progressive Jackpot?

There is no specific strategy for winning or increasing one’s chances to win a progressive jackpot. Individuals have a lower chance of winning the jackpot, just like the lottery. The possibilities cannot rise even though the jackpot continues to increase.

A game of progressive jackpot is a game of chance in which people try their luck and see whether they can win.

According Alex Kapinski at NJGamblingFun, “the standalone progressive machine is designed with a jackpot ticker on the game. The jackpot is fed by bets placed on that specific machine and no other machine. Previously this was the only kind of progressive jackpot that existed. Today the terms have changed with multiple machines being linked together. However, many standalone machines are still easily found all over the world and even are played.”

These are the most sort machines in casinos today. SlotsExperts states that Wide Area network progressive machines are linked from different casinos found within the same state.

The machines from the various casinos accumulate the jackpot amount, which gets up to over $ 1 million. There are several brands of wide-area network progressive machines that are popular today. One of the most popular ones is definitely the Megabucks game.

Progressive Jackpots with a Bonus

Some of the progressive jackpots are attached to bonuses that are offered to the players. If you have an opportunity, why not win big?

Try the progressive jackpots with bonuses and increase the chances of winning. The bonuses offered to players are attached to the games, thus making the games more interesting for the players.

Mega Moolah is one of the most popular progressive jackpots with several winnings. Players have managed to cash in severally on the jackpot, and winnings are counted to a minimum of $1 million. The game is also referred to as the millionaire maker.

This game is almost similar to the Mega Moolah game with five –reels but 20 pay lines. It has features like the wild symbol, which helps in winning up to 10000 your stake. At that time, the scatter symbols give players free bonuses; hence they increase the players’ chances of winning.

The progressive winnings are quite often. Consequently, they provide players with various rewards. The prizes consist of Mr. Fantastic, the thing and the human torch.

This is among the top progressive slots in the world played by millions of people. It has a lifer-changing winning that comes with an extra bonus.

Progressive jackpots are widely-spread all around the world. They are played both online and in casinos. The progressive jackpot slots are termed this way, as the amount of money continues to increase every time an individual feeds a bet. 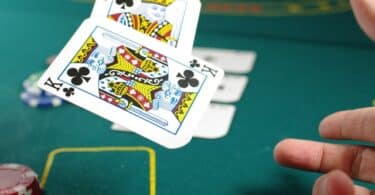 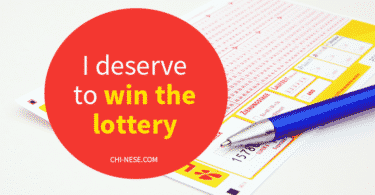