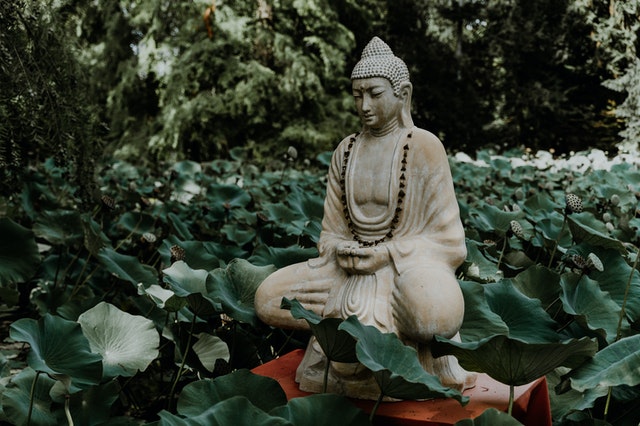 Trying to understand a theology other than your own is a monumental undertaking. Heck, even if you are a practicing believer, understanding one’s own faith is a difficult undertaking in and of it itself. Atheists certainly have no advantage here, and it’s partially because of some arguments I’ve seen from Atheists that inspired me to write this in the first place.

Or rather, my thoughts here a culmination of thought regarding my own faith, my firm belief in libertarianism and equality under the law, plus the arguments of Atheists and Liberals that amalgamated into this online casino of a word salad that I hope will make sense by the end of it.

I guess I should just pull the band-aid off right now and ask the question I’m tip-toeing around: Are all religions and faiths equal? Are those “Coexist” bumper stickers truly representative of the real world? That would be my subtitle.

I suppose the more “adult” way to ask the question would be, how do you judge the merits of one faith over another?

Before I open that can of worms, I guess I should first ask why does anyone practice religion in the first place.

Man, I didn’t make this article easy for myself, huh?

The answer to that question is almost unique to every individual. The answer can and will be different depending on where you were born, what language you speak, who lives in your local community, and whether or not you personally practice any faith in the first place.

In an ideal world, everyone would look objectively at the tenants of one faith over another and decide for themselves, which best appeals to them. Or doesn’t. Sadly, it doesn’t work that way. While I’m not wholly against secularization, there seems to be a growing divide between theists and casual atheists (by which I mean people who aren’t religious but aren’t particularly fussed about it either way). There’s a lack of understanding between the two groups, as more and more casual atheists perceive theists as an old and dying out institution, like “boomers”.

This isn’t to put the blame on casual atheists, to be clear. As I said, in an ideal world, everyone would have a strong understanding of why they believe the things they believe, but most religious people in real life are probably just following their parents’ religion. If they had been born and raised in a different faith, they would be just as faithful to that religion as their current one. I don’t exclude myself when I say that, either.

So, this is all just a roundabout way of saying that even most theists wouldn’t necessarily be able to provide an answer to that question. Sure, nearly everyone will have something to say on the matter, but they’ll hardly be objective.

Now an Atheist, on the other hand, will tell you that religion is a crux. When humans couldn’t explain the world around them, they attributed phenomena like lightning, the stars, and fire to spirits and gods. In truth, we’re nothing but bags of meat that got lucky with the cosmic dice to exist in the first place. We’ll live and die a fleeting existence, not moving an inch from our place in the wider universe. All there is to do is to suck it up and take what we’ve got worth it.

And the thing is, they could be right. There could be no God, and this is it. I may not like it, but I would be doing a disservice to my own conscience if I didn’t admit that it was a possibility. I suppose that’s the crux of faith. An Atheist would say that knowing one way or the other would undermine the whole point of having faith, and an atheist would argue that God doesn’t exist until you can prove He does.

But since you can neither prove nor disprove the existence of God, why bother arguing about it?

Now, if we imagined ourselves living in that idealized world I mentioned earlier, how would one go about judging the merits of religions?

Well, we can probably knock down quite a few of the mythological ones. It seems that most people are willing to accept that Zeus isn’t strolling up and down Park Avenue, knocking up women while disguised as a bull. However, I hesitate to say even that because, apparently, there’s a number of practicing modern Hellenists who sent some very stern tweets to Rick Riordan after he published his Percy Jackson novels. Yep, there are people who apparently still worship Zeus to this very day.

Also, I dislike the idea of just knocking down all pagan faiths arbitrarily. Where would that leave Buddhists, Sikhs, and Hindus? While I fundamentally disagree with the faiths, and their interpretations of the world, who am I to tell them that they can’t live in peace with their faiths? Why is it any more wrong to say that the sun moves by the will of gods rather than the will of one, all-powerful God (in terms of having faith in something that can neither be proven nor disproven, ultimately)?

So perhaps it isn’t the tenants of a religion that we can judge specifically. Perhaps then we can judge religions by the institutions that rule them?

This presents its own new problems. Everyone is familiar with the horror that was the Crusades- a chaotic, poorly executed conquest for the Holy Land that was meant to simultaneously liberate Jerusalem, defend the Byzantine Empire, and push back against the Islamic conquests. Thousands died on all sides, whether they were directly involved in the conflict or not.

So, do we judge the Catholic Church for it? Many do. Is it right or fair to the Church, though? After all, these events happened over five hundred years ago. Maybe that’s a bit long to hold a grudge. Besides, the modern Church is almost completely the opposite of the Church that pushed the Crusades- powerless, liberal, and benign in most respects. So much so, there are many Catholics that feel alienated by the Church (but that’s an entirely different conversation).

It’s not just Catholics either. The Book of Mormon is perhaps one of the most bizarre things ever written, yet the members of The Church of Jesus Christ of Latter-day Saints are perhaps some of the nicest people you’ll ever meet.

And with regards to Judaism, where do I even begin? There’s a Chief Rabbi of Israel, another in England, hundreds, if not thousands, of minuscule sects and factions of Haradi, Ashkenazim, Satmer, reform, conservative, etc., but with no real central religious body at all other than the Old Testament itself.

Is there are through-line that can be used to compare one faith to another fairly?

You see, I think I may have cracked the code on this one. Maybe I’ve been in lockdown for too long, or maybe I’m even throwing out an idea that’s already been around for centuries, but I think I’ve got something here.

I think the way you can judge religions is by comparing their “Ideal-Man.”

I don’t mean that in any kind of gender-specific way. What I mean is that every religion has its heroes. People who are put on a pedestal for one reason or another and are credited for upholding that religion’s faith better than anyone else. The people that a religion’s followers aspire to be.

For Christianity, that’s easy. It’s Jesus Christ. While we don’t even have much proof whether the man ever lived, much less whether or not he died and was resurrected and all that, we do know what he supposedly preached. Jesus was a pacifist, and so were the early Christians. He had his followers look introspectively before judging others (“let he who is without sin cast the first stone” and all that). There are a lot of morals told through New Testament stories that I think many of us can respect, even if you don’t think he walked on water or like the Church.

For Judaism, the greatest prophet is Moses. While we have even less proof of Moses’ existence other than the Old Testament itself, what we are told of Moses shows him to be an admirable man. He’s shown to be humble and is put into a role of leadership despite his own objections. Until God thrust him into the limelight, he lived in the middle of no-where, as a simple shepherd, despite having grown up in the palaces of Egypt (which were the peak of luxury in those days). He had a speech impediment and required his brother to help interpret for him, but he did his best regardless. Even his worst “sin” was the killing of a slaveowner – a slaveowner that abused his slaves. When God threatened to wipe out the Hebrews after the incident with the Golden Calf, Moses demanded to be removed from God’s book if He did. Imagine laying down an ultimatum to God himself because you think what He’s doing is wrong!

We can even apply this to polytheistic religions. I think we can all agree that Zeus is a terrible role model, just from the sheer quantity of rape, bestiality, and petty scheming throughout the Greek myths. By contrast, the Buddha was a pacifist, and the philosophy of the eight-fold way is admirable and fascinating since it’s basically one long argument for moderation in all things.

And so, just for comparison, if your prophet – your ideal human, was a war-mongering pedophile who regularly turned on his allies and enslaved the survivors of his conquests, then what does that say about the religion that surrounds him? 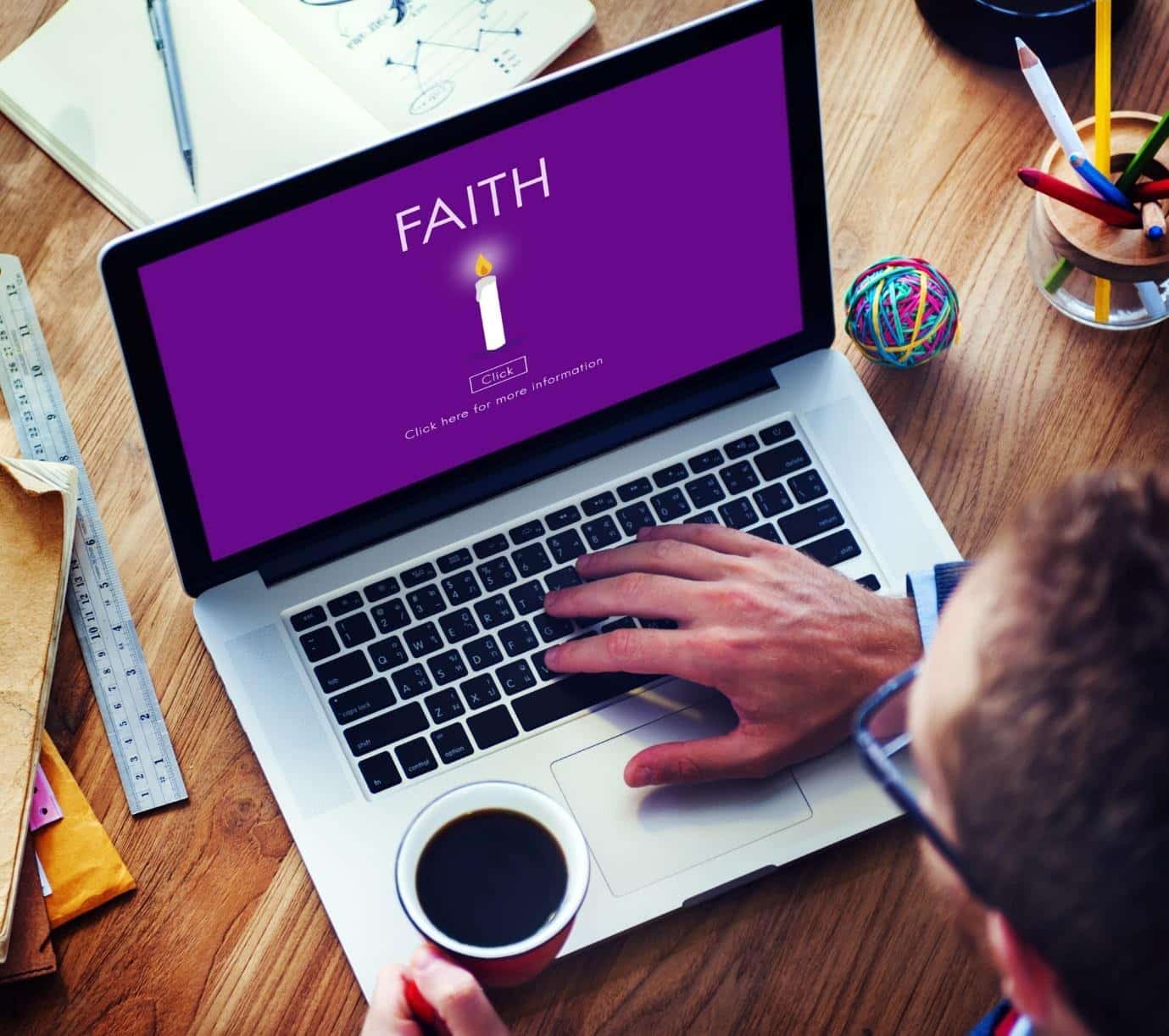 Your Complete Guide on Attending Mass During the Pandemic 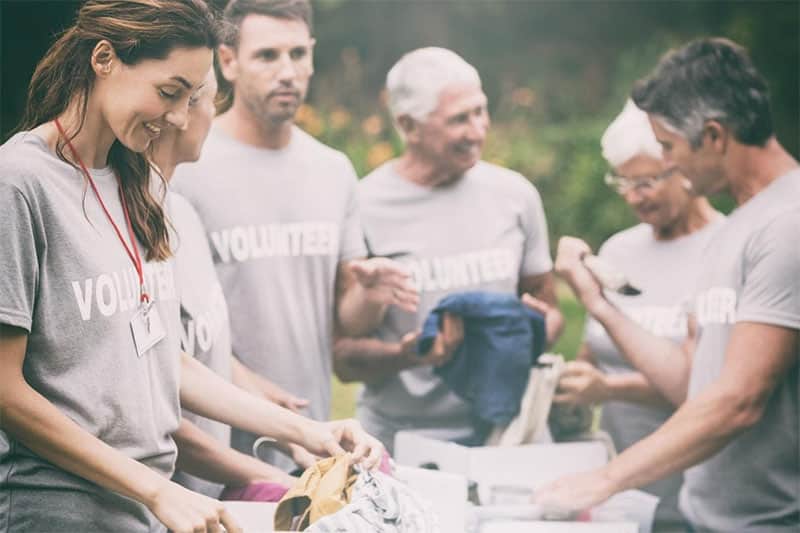 Church Event Ideas Your Congregation Would Love to Attend This Year