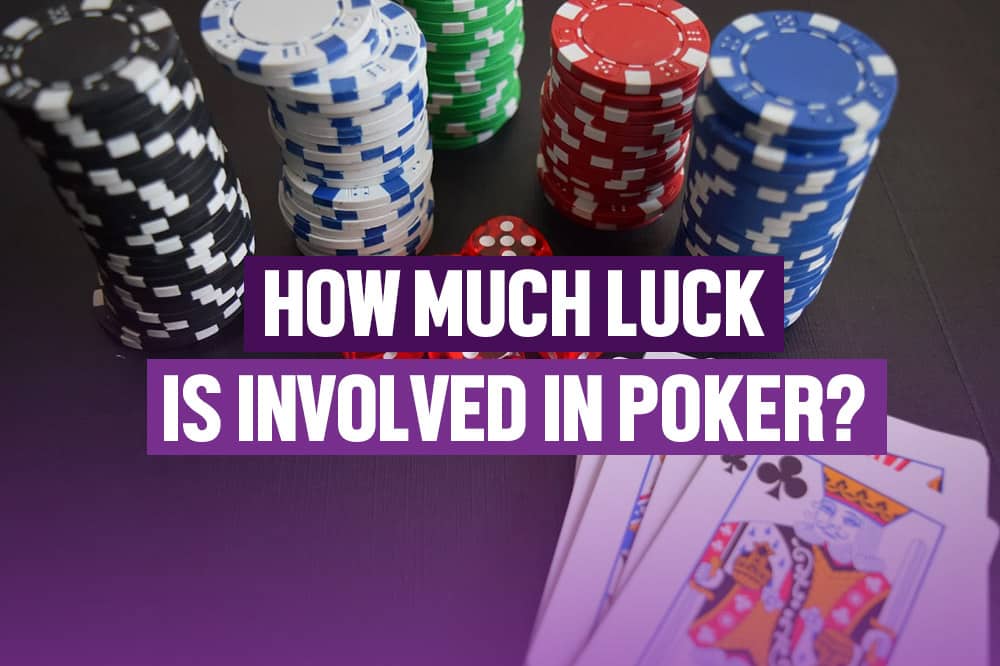 Poker has a rich history and has become a global phenomenon. The winner of the 2003 World Series of Poker Main Event, Chris Moneymaker, said: “The beautiful thing about poker is that everybody thinks they can play.” Many other professional poker players agree with him in his assessment.

As the iGaming industry continues to grow, more people are trying the game out. Globally, online poker has been generating billions of euros a year for over a decade. Many novice players have tried their hand at poker thinking their abilities are more remarkable than reality.

There’s no doubt that luck plays a role in whether someone wins a game or not; people wouldn’t keep playing if there weren’t. But, it would be incorrect to assume that it’s all luck; there is a lot of skill that’s involved. If there weren’t much skill involved, many top competitors wouldn’t win so consistently.

What people want to know is which aspect is more important when playing. Many studies have been done to try and figure this out. If skill dominates luck, then it’s a skill-based game, but if uncertainty looms, then it’s a luck-based game.

The first step in determining which is the dominant element is determining how consistent performance is among players. This study revealed how important skill is to a successful poker game.

This study and many like it tells us that players’ performance is predictable, meaning poker isn’t a game of luck. If it were, there wouldn’t be a correlation between winning frequency and time passed. Since there is, that means poker is a skill-based game.

Knowing if poker is a game of skill or luck isn’t just to give winners bragging rights. Determining which elements have a greater impact on the game can have significant legal implications. Whether or not poker is a skill-based game has contributed to how laws are formed and enacted over the years.

In the UK, people can play poker at platforms like GGPoker UK for example and don’t have to pay taxes on their winnings, which many people enjoy whether they’re recreational or professional players. However, some countries, like the US, have stricter regulations when it comes to poker and online gam. The Unlawful Internet Enforcement Act makes betting on a luck-based game illegal, but betting on skill-based games is lawful – there is a fine dividing line between the two.

Now we know that poker is skill-based, but is luck still a factor? To determine how much luck is involved in poker, we need to compare the performance of unskilled and skilled players. Studies show that experienced players do better than unskilled ones 75% of the time after playing 1,471 hands.

This means that after about 1,500 hands, poker becomes a game of skill; before that, it’s a game of luck for new players. Playing that many hands takes on average 19 to 25 hours, sometimes even less if people play several tables simultaneously.

Skill and luck are both important aspects of poker, but studies have shown that skill has more of an impact on your success rate. So, if you want to play the game and win consistently, you must learn some offensive and defensive strategies.