Before the physical world had come into being, there was only the formless, indestructible impersonal field of Awareness. This primordial, undifferentiated Source was the self-organizing creative intelligence that is the sole author of this universe. Existing in a timeless state of perfection (a static, absence of vibration), this unmanifested potential had no understanding of external/internal reference points, concepts or perceivable experiences of change/movement.

Cosmic awareness had an urge to know itself by becoming ‘self-conscious’ through experiencing diversity (through the natural laws). Self-consciousness was the first projection that was reverberated out of itself; a polarized mirror reflection (lens, tool) from which to translate its own awareness into the simulated virtual reality experience of a subject/object split. Consciousness cannot exist without this relative framework of contrast, otherwise it would not be able to compare itself to anything (differentiate one part of the whole from another) to know of its own existence.

We are all the individuated, personified expressions of Source Energy that are living within the imagined, virtual reality game as innumerable forms (which is completely observer dependent). Each individual incarnation of Source (through the modification of a life-form) is a conduit for expressing this timeless expansion of Oneness. Whenever Source desires to know itself as a life-form; it uses the sense organs of apparent autonomous living beings (avatars), it had creatively morphed into (taking on the disguise of forms), in order to learn and experience ‘life’ in all the possible ways that it can. We (as consciousness) are how Source experiences itself. Our physical bodies are weak, but necessary conductors for tasting experiences of this physical reality within a linear space-time framework. This is done through the limited parameters of our biological nervous system. This physical reality (experiential universe) gives us the carousel of illusory appearances, belief in scarcity/lack and personal limitations (flavored with a dash of self-forgetfulness).

We, as holographic fractal fragments must not fall under the hypnotic spell of unconsciously masking our true, spiritual essence; losing ourselves in the phenomenal, material world. It is imperative to make a conscious effort in not becoming over- identified, attached or lost in the passing dream of conceptual forms that only exists within the timeless container of consciousness.

It all appears to be a strange cosmic play of the One Self joyfully taking on the appearance of innumerable forms – unfolding, splitting and diversifying itself into focal points of ever expanding consciousness (unending ripples of ‘I AM’) in order to experience ‘apparent’ individuality and disconnection to learn about itself through the creative exploration within itself.

A new perspective of ourselves is achieved through the rich, infinite complexities and varying degrees of consciousness. We will eventually, re-discover who we really are, which is the essence of consciousness (through the suffering of our unconscious form-identifications/attachments). Suffering from ‘mistaken identity’ was intentionally designed to create the possibility for awakening to ultimate truth of our unseen, deathless nature hidden behind the transient manifestation.

– written by Anon I mus (Spiritually Anonymous)
*excerpt from Anon I mus – http://spiritualenlightenment4nobodies.com 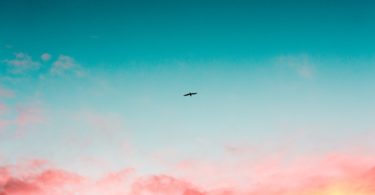 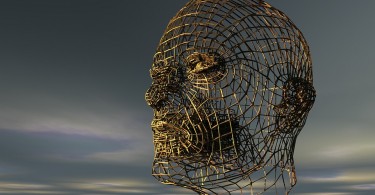