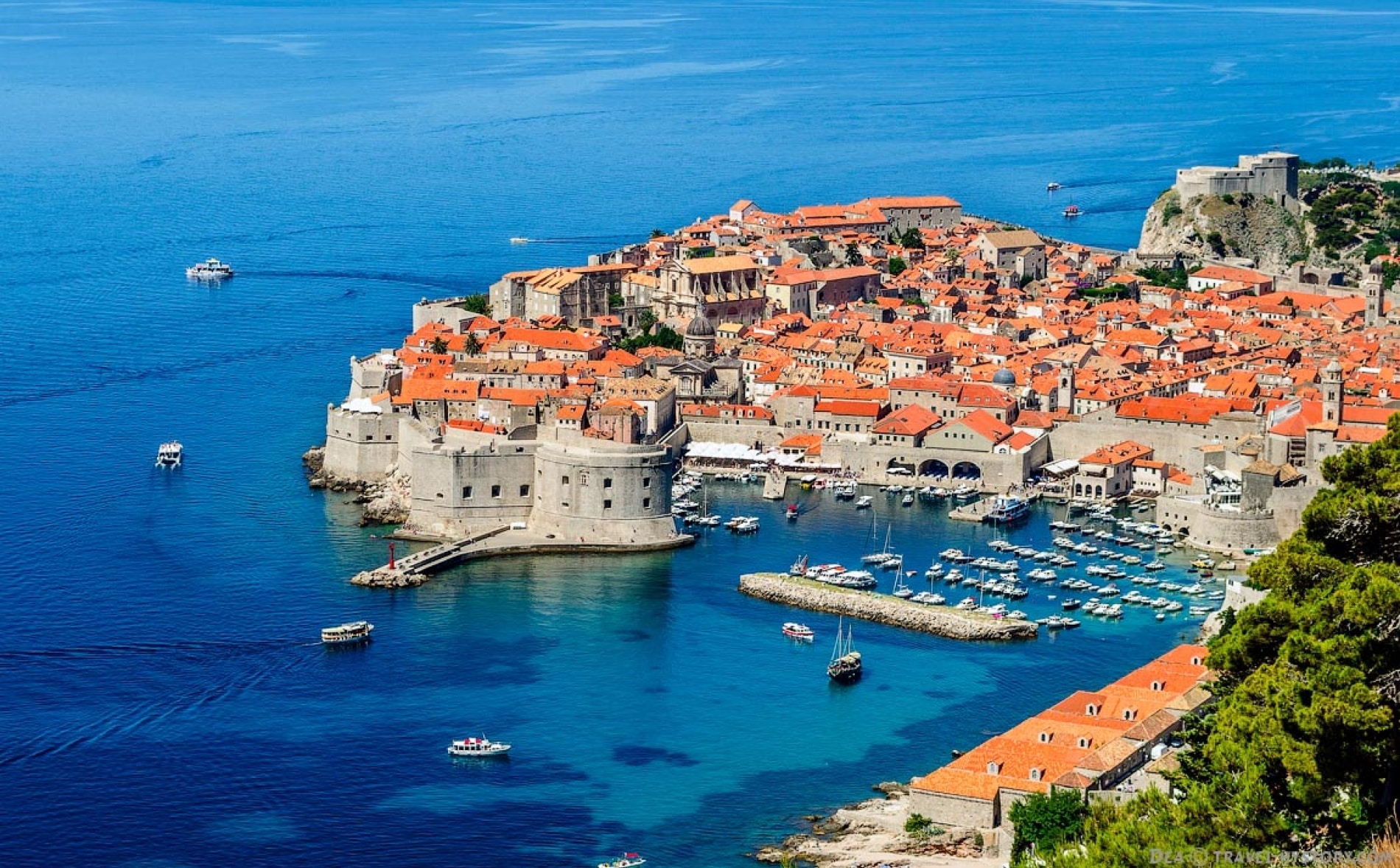 There’s hardly a place Europe a seasoned tourist has not set their foot in yet. London, Paris, Barcelona or Rome – these are the destinations people usually choose when planning their holidays in Europe. It’s true that these famous and magnificent-looking cities have conquered the hearts and minds of millions of travelers. However, many other sites in Europe are unjustly overlooked and given undeservedly less attention. In fact, they are no less beautiful and spectacular than their well-known competitors.

Each of the places has something special about them, something that you should see with your own eyes. Once there, you won’t have to wait in long lines to take a picture of some famous statue or monument. You won’t need to vie for a lounge chair or search for a free table in a restaurant, either. All you should do is relax and enjoy the unique atmosphere. And, of course, spending your holidays there won’t cost you a fortune, so you can buy college papers with the money you’ve saved.

To make your choice of a vacation destination easier, we’ve come up with a list of 7 tourist destinations in Europe. Although they are not as popular as the major capitals of the Old Continent, you can find many exciting things there, enjoy the local cuisine, and learn more about European culture and history.

The picturesque town of Annecy is often called little French Venice and the Pearl of the French Alps. Located in the eastern part of France, it stands on the shore of the identically named lake which is not far from the border with Switzerland. Beautiful canals, small boats, paved narrow streets, bridges, Italian wells, old houses, and castles – these are only some of the things Annecy can offer its visitors.

You will get to experience some unforgettable moments while walking through the amazingly beautiful Old Town, relaxing on the lake shore, and enjoying the beauty and aroma of floral arrangements along the streets. You should also pay a visit to the Island Palace, take a walk down the St. Clair Street, kiss a person you’re in love with on the Lovers’ Bridge, and taste a local dessert with ice cream.

Every month, some interesting events take place in Annecy, such as a 6-day festival of animation films that is held in June. Also, four nights in July are dedicated to blues music, while in August you’ll get to see some splendid fireworks over the lake. And don’t forget to try local delicacies at a harvest festival that traditionally takes place in October. So, whenever you come to Annecy you’re guaranteed to have all kinds of cultural entertainment.

The easiest way to get to Annecy is by using the bus service from Geneva. A trip there will take about one hour. Annecy also has a railway station and an airport.

With a population of 120 thousand, Bergamo is an Italian city that gave the world such famous characters as Truffaldino, Harlequin, and Brighella. It is located in the densely populated area of Lombardy which occupies a small expanse between the Alps and the Po River Valley. The distance between Rome and Bergamo is 480 km.

The city is divided into two parts — the upper and lower ones. The upper, historical part of the town, is situated at an altitude of 380 m above the sea level and reachable by a funicular. Bergamo is surrounded by high walls and medieval fortresses that allowed Bergamo to preserve its spirit of antiquity. The numerous attractions of Bergamo are compactly located, which is very comfortable for visitors.

The Piazza Vecchia is the main square of the city. Here, you can see the Old and New Town Halls, the marvelous Sphinx Fountain, as well as the magnificent Civic Tower, the highest building in the city. It offers a splendid view of the Bergamo Cathedral, Santa Maria Maggiore Basilica, Cappella Colleoni, Baptistery, Rocca di Bergamo, and numerous churches. The Carrara Art Gallery, Donizetti Theater, and Rastelli Mausoleum are visited by thousands of tourists every year.

Quiet and safe, Bergamo is beautiful at any time of the year. And the accommodation and food prices here are pretty affordable.

With a population of over 110 thousand, Bruges is located in the historical region of West Flanders, which is some 20 km from the North Sea coast and not far from the border with the Netherlands. The Dutch influence is felt everywhere here, especially in the language, cuisine, and architecture. The city has been a popular tourist destination since the beginning of the 20th century and is still an all-time favorite for many foreign visitors.

Bruges can boast of some magnificent medieval city architecture and quite a few tourist attractions. With horses in its streets and virtually no cars, it strikes one as being frozen between the past and present. Its main landmark is a historical center which is full of ancient streets, pretty squares, and beautiful buildings. The city is famous for its canals which fit in flawlessly into the city’s architecture. Its beautiful landscapes and 54 bridges (12 of which are made of wood) will surely leave you in awe.

Located within a one hour drive from the Brussels International Airport, Bruges is easily reachable from any major city of Belgium and the Netherlands.

Being one of the most famous Mediterranean resorts, Dubrovnik became a World Heritage Site back in 1979. Breathtaking views of the Adriatic Sea, ancient monuments, and stunning Baroque architecture — all those will definitely leave their mark on every visitor. Also, you can sunbathe at its beautiful sandy beaches, swim in the crystal clear Adriatic Sea and experience the authentic Mediterranean lifestyle.

It is affordable prices that make Dubrovnik really popular with so many tourists. Be sure to take a walk along its 2-kilometer-long city walls to enjoy a splendid view of the harbor and nearby forts that once gave Dubrovnik protection from its enemies.

The Old Town, which is open only to pedestrians, is a particularly attractive section of Dubrovnik. Here, you can visit the Maritime and Ethnographic museums, Onofrio’s Fountain, Sea Aquarium, and Art Gallery.

The Island of Lokrum is less than one kilometer from Dubrovnik and can be reached by boat. Richard the Lionheart once sought refuge there after being shipwrecked. Members of the Hapsburg House liked to rest here, and many of its fortifications were built under orders of Napoleon Bonaparte. Dubrovnik was chosen as a filming location for the Game of Thrones, and Star Wars, Episode VIII.

The city has an international airport and is easily accessible from other cities on the Mediterranean coast.

Situated in Bavaria, Rothenburg (Rothenburg ob der Tauber) is an ancient and stunningly beautiful city which is worth visiting at any time of the year. What makes it really stand out from other German cities is its citizens’ exceptional dedication to preserving the old look of their city. Once you get there, you find yourself completely immersed in the unique atmosphere of the Middle Ages. The city hasn’t changed a bit since ancient times, so it is impossible to find here modern buildings made of glass and steel.

At one time, Rothenburg was one of the main cities of Franconia and an important trade center. You can find narrow streets, beautiful buildings, old signs on the craftsmen’s houses, magnificent cathedrals, and the Christmas Museum. Every night, a city guard patrols the city streets to make sure nothing disorderly takes place. medieval legends.

The most convenient way to get to Rothenburg is by train. It is situated some 250 km from Munich, so your trip there will take you about 3 hours.

Those who have visited Prague at least once will agree that it is really amazing. However, Český Krumlov is no less lovely, even if you have never heard of it before. Needless to say that the Czech Republic is famous for its fabulous medieval towns, which have retained their unique architecture and charm throughout centuries.

Located in Bohemia, Český Krumlov’s just two hours’ drive from Prague. The highlight of the city s an ancient labyrinth city which is included in the UNESCO World Heritage List. The Vltava River it stands on flows through the town, so you can find a cozy cafe on the embankment and enjoy the magnificent views from there. If you are an adrenaline junkie, you should consider rafting down the Vltava.

The attractions of Český Krumlov are quite numerous and diverse which is not typical for a small city. Its residents will be happy to share with you some amazing legends and myths about them. The true connoisseurs of beauty should definitely visit the historical center of Krumlov. The multiple historical buildings there will certainly leave their mark on them. Next on the list of must-see places is the St. Vitus Church whose  Gothic architecture and stunning frescoes are a marvel to behold.

However, the real jewel in the city’s crown is the Český Krumlov State Castle. It is a true work of architectural and landscape art. The Observation Tower, Revolving Theater, and Cloak Bridge located there are especially popular with visitors of this castle complex. The city is located right on the border with Austria, and the distance from Prague to Krumlov is 175 km.

The city of Fira, the capital of Santorini, is the most beautiful island in Greece. Built in complete harmony with the surrounding nature, it is situated above the crater of an extinct volcano. You can see here narrow climbs and descents, an infinite number of small and winding streets, and snow-white houses with openwork balconies.

This city has a lot of exciting sights and various attractions. Sadly, practically no monuments have survived to this day — earthquakes often destroyed temples, buildings, and sculptures. The city’s most impressive churches and cathedrals include the Cathedral of Candlemas of the Lord and the Saint John the Baptist Cathedral. The Petros Nomikos Conference Center and Archaeological Museum have on display some beautiful collections of ancient artifacts. However, most tourists come here to see the beautiful sunsets, enjoy the sapphire water of the Aegean Sea, and observe the majestic extinct volcano.

Fira has its international airport, which is only 6 kilometers from the capital. In the high season, almost half a million tourists visit the place every year.

We wish you a pleasant trip! 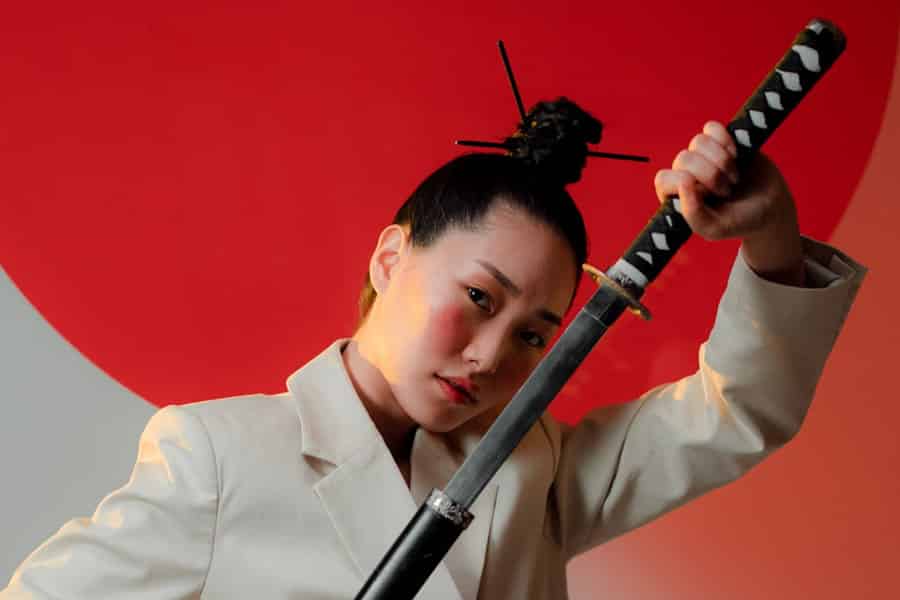 A Brief Guide About the Ancient Japanese Tanto Sword 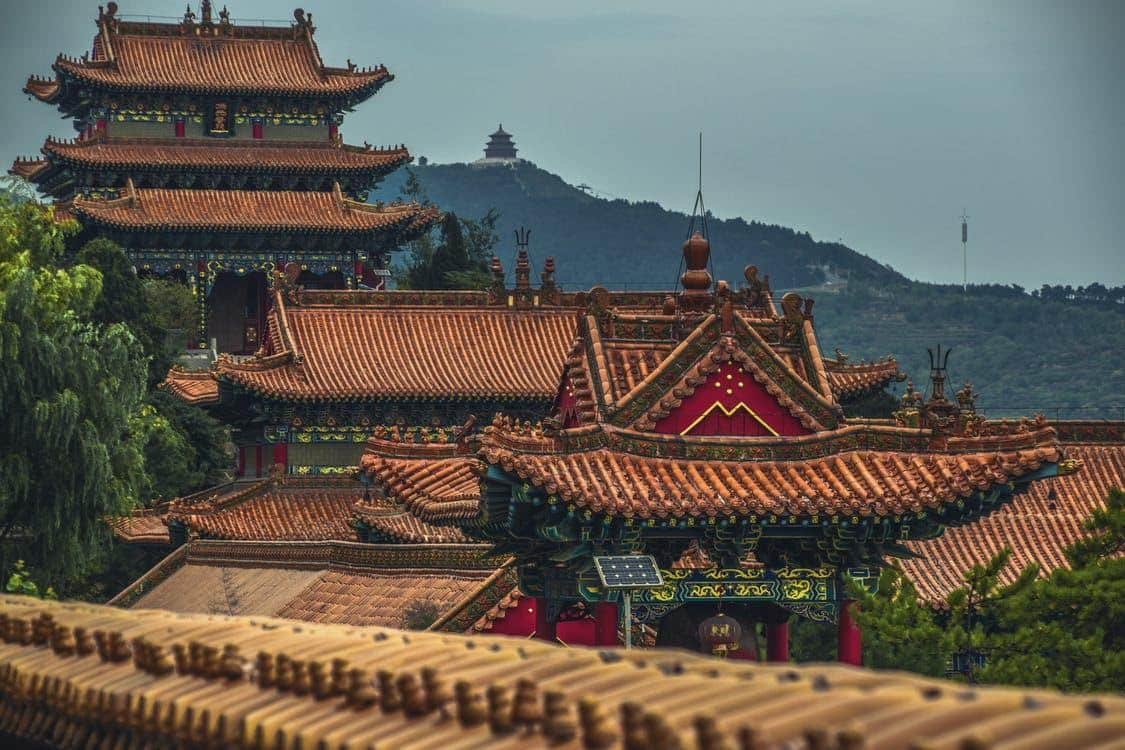