Oxidative stress is a term commonly used in the health and fitness industry. But what exactly does it mean?

Some major health conditions, including the likes of cancer, are connected to oxidative stress so it’s really important to understand what it is and how you can treat it.

This article explains what oxidative stress is, what to look for and how CBD, one of the most exciting natural treatment options available right now, can help.

Let’s start at the beginning.

What Is Oxidative Stress?

Oxidation occurs when oxygen in the body is used to create energy. While this is great, the process also creates free radicals which aren’t so good. While free radicals can stimulate repair to damaged cells, they also damage cells if too many are produced.

This is oxidative stress.

There are several other situations when oxidation happens, such as when the immune system creates inflammation after fighting off harmful bacteria. In fact, this process happens millions of times at any moment inside the body.

Now, the rate of oxidation increases when you are stressed, both physically and emotionally. If you have enough antioxidants present, you will maintain a balance so this does not become an issue.

However, when free radicals outnumber antioxidants, this is when damage to cells, proteins and even your DNA can occur.

What Are Free Radicals?

Free radicals are molecules with at least one unpaired electron. Every cell in the body contains mitochondria. These are responsible for creating ATP for energy.

To do this, they combine oxygen with glucose and produce carbon dioxide, water, and ATP. Free radicals are also created as a byproduct.

It’s also possible to produce free radicals from external factors such as smoking and coming into contact with pesticides.

Antioxidants are responsible for removing free radicals in the body by donating one of their own electrons to the free radical. This neutralizes the free radical so it can no longer damage body cells from oxidative stress.

Examples of antioxidants include vitamins A, C, and E.

You can get antioxidants from a variety of sources, such as fruit like fresh berries and vegetables. If you did go for one berry, in particular, blueberries are the best.

In fact, diet is a very important source of antioxidants as the vitamins and minerals provide cover if the body can’t create enough.

Effects Of Oxidative Stress And How CBD Can Help

Oxidative stress does have a few helpful benefits such as helping the body regulate itself. For example, during exercise, the rate of production of free radicals increases, causing temporary oxidative stress in the muscles. In turn, this regulates tissue growth in those muscles and stimulates the production of antioxidants.

There has also been a study published in Nature that suggests mild oxidative stress could protect the body from infection and disease.

But more often than not, the free radicals produced in the oxidation process do more harm than good. This is because long-term exposure to oxidative stress will damage a host of vital body cells, proteins and DNA, eventually resulting in a range of health problems in the future.

But CBD could be an answer to these problems. Here are a few health conditions caused by oxidative stress and how CBD can help.

When the body is injured or has suffered an infection, the body’s immune response system is triggered. However, when fighting off the harmful bacteria, free radicals are also produced which leads to inflammation.

Over time, this creates a chronic inflammatory condition such as arthritis and diabetes.

This is where CBD comes in. According to Daily CBD Mag, topical applications of CBD can be used to treat conditions like arthritis. While it may not cure the condition, it can certainly help to reduce the pain.

Further, according to CBD Kyro, CBD can be used to treat diabetes, both Type 1 and Type 2. A five-year study showed people that used CBD regularly had fasting insulin levels that were 16% lower than those who had never used cannabis.

Oxidative stress can have an impact on mental health too, specifically with neurodegenerative diseases. Long-term effects can lead to conditions like Alzheimer’s disease and Parkinson’s disease.

This is because the brain is very vulnerable to oxidative stress as its cells require a lot of oxygen to function optimally. It requires so much oxygen that it uses 20% of the total amount the body needs to function.

As such, this means brain cells conduct serious levels of metabolic activity, resulting in more harmful free radicals being produced as a byproduct. Again, while they can have some benefits such as supporting cell growth, excess free radicals will damage brain cell structure, increasing the risk of developing Alzheimer’s and Parkinson’s.

CBD can be helpful in this scenario too. According to Healthcare Weekly, a 2014 study on mice looking into the effects of CBD on Alzheimer’s found promising results. The mice were genetically predisposed to the disease and received CBD treatment every day for 8 months.

At the end of the cycle, the researchers found that CBD did actually reduce the effects of Alzheimer’s disease. They reported the mice could still recognize faces, the number of social withdrawals was reduced and their overall cognitive deficits decreased too.

Other test-tube and animal model studies are also showing that CBD has the potential to prevent cognitive degeneration, a symptom often linked to Alzheimer’s disease.

This is because scientists believe CBD’s action on the brain’s receptors and on the immune system can reduce inflammation in the nerves, lower cholesterol levels and increase retention of important nutrients.Not sure where to start your CBD journey from? Check out this list of best CBD products on the market today from GiftWits. 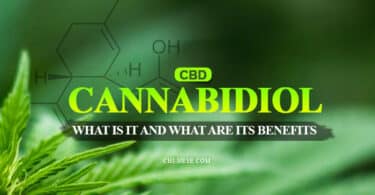