Nelle Harper Lee was an American novelist who was born on April 28, 1926. While she was studying at Monroe County High School, she developed an interest in English literature. After graduating from her high school in 1944, she attended Huntingdon College in Montgomery. After studying there for a year, she transferred to the University of Alabama, where she studied law but did not complete her degree.

She then attended a summer school to study European civilizations at Oxford University in England. She died in her sleep on February 19, 2016, at the age of 89. Lee is best known for her 1960 novel To Kill a Mockingbird, which won the Pulitzer Prize in 1961. It has become a classic in modern American literature.

Lee wrote two novels in her entire career, yet she was awarded the Presidential Medal of Freedom in 2007 for her contribution to English Literature. She has also received many honorary degrees. Given the book’s popularity, it’s a common essay topic for schools. If you need to write a paper on this book, you can find many sample essays on To Kill a Mockingbird online. Some of the best ones are on Tooly.

How did ‘To Kill a Mockingbird’ come into being?

In 1949, Harper Lee took a job as an airline reservation agent in New York. She used to write fiction in her spare time. In 1956, she found an agent, the following month she received a year’s wages as a gift from a friend who wanted her to take off from her job for a year and write.  During the next couple of years, she worked from one draft to another until the book reached its finished form. It was first named as Go Set a Watchman.

Idea Behind The Novel

The characters and the plot of To Kill a Mockingbird revolves around Lee’s constant behavioral observations of her friends, family, and neighbors. It somehow also derives inspiration from an event that took place in her hometown in 1936 when she was merely a ten year old. The novel depicts unreasonable attitudes of society’s adults towards racism living in the Deep South during the 1930s. Lee uses two children’s characters to portray the idea.

Theme Of The Novel

Jem’s faith in humanity shatters, whereas Scout maintains her confidence in human nature. While Atticus, their father, understands evil without losing his faith in kindness. He believes that people have both good and bad qualities and that they should be accepted entirely for who they are. He teaches moral lessons to Scout and Jem on how it’s possible to live with an alive conscience without being cynical or losing hope.

Scout lives with her brother, Jem, and father, Atticus, in the sleepy town of Alabama in Maycomb. Atticus is a prominent lawyer in their society, so their family is quite well known in the community. During summers, a boy named Dill comes to stay with their neighbors. They become friends and start going on adventures together. Dill gets fascinated by a house on their street called Radley Place.

Scout starts going to school that fall. After school starts, Scout and Jem start finding presents during winters in a knothole on a tree on the Radley property. When Dill returns during summers, they become a trio again. The three of them act out the story of Boo (one of the residents of Radley place) in a prejudiced manner Atticus wants them to stop and see things from the perspective of others, without being judgmental. On Dill’s last night, they sneak into Radley property, and the owner of the property, Mr. Nathan, shoots at them.

Jem loses his pants in the escape, and when he goes there to get them back, he finds them hanging on the fence all mended. Nathan fills the knothole with the cement during winters, and shortly after that, a fire breaks in a neighbor’s house. While watching the flames, someone slips a blanket on Scout’s shoulder, and they assume that Boo left the presents and sheet.

Atticus agrees to defend a black man named Tom Robinson, who is under the accusation of raping a white woman. This enrages the racist community Atticus resides in and leads to Jem and Scout getting abused by other children around them. Tom Robinson’s trial begins, and even after Atticus proves Tom innocent with his compelling evidence, he is found guilty by the jury. Tom tries to escape from prison and is shot dead during his attempt.

Jem’s faith in justice is shaken after Tom’s conviction. Bob Ewell, the father of the victim, attacks Jem and Scout when they are walking their way home from a Halloween party because he thinks that Atticus has made a fool of him.

Boo intervenes and saves the children by stabbing Ewell. The sheriff insists on the fact that Ewell fell on his knife after tripping while trying to protect Boo. Boo disappears again into the Radley place after sitting for a while with wounded Jem.

Later, Scout realizes how it’s like to live a life like Boo. He has finally become a human being for her now. She then embraces her father’s advice that her experience with prejudice and hatred should not weaken her faith in human goodness.

Was Justice Served In To Kill A Mockingbird?

Justice is an essential theme in To Kill a Mockingbird. Scout and Jem confront bitter truths about racism and prejudice present in their community. They come to the conclusion that courts can be a potential source of justice. But there may be times when the courts discriminate among people, and not everyone is equal in the eyes of courts.

When Jem and Scout are focused on taking revenge at the beginning of the novel, when people speak ill of Atticus due to his choice to defend a black man, Atticus teaches them that justice is unattainable with a vengeance. However, justice wasn’t served in To Kill a Mockingbird because Tom was found guilty of a crime he didn’t commit. Atticus hoped for Tom’s appeal, but when he was shot and killed while escaping prison, his death ensured that he would never receive justice through legal systems.

After going through this detailed analysis of the novel, you might be thinking of getting a copy of To Kill a Mockingbird for yourself. Worry no more click here to get your copy delivered to your doorstep. 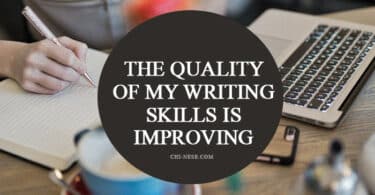