Throughout human history, society has periodically faced severe threats from all sorts of calamity. Wars and other natural disasters occur sporadically that place people in harm’s way. A notable characteristic of society has been the presence of individuals who step forward in these times of duress to help others. Whole organizations have formed over time with the express mission of providing support and aid to others who have suffered the brunt of such events. These facts point to some element of altruism as a phenomenon among humans.

Heroic acts of bravery during times of crisis intervention strike a chord of hope amid despair and often serve as the inspiration for still others who themselves feel called to serve and protect. The individuals who pursue this career path seem to be uniquely suited to high-stress fields of service. They appear to be empathetic and possess the ability to stay calm when others panic. Why are some individuals attracted to this work? Are there shared characteristics among this group of selfless heroes?

People who are drawn to these positions do share some characteristics. Among those, studies have shown, that factors including physiological traits, psychological traits and moral traits distinguish these individuals.

At age 19, psychology researcher Abigail Marsh was involved in a traffic incident that put her in grave peril. In her TED talk, she recounts how a total stranger appeared and risked his own life to rescue her. This made such an impression on her that she devoted much of her work to studying why some people choose to help others even at great personal cost.

Part of Dr. Marsh’s research involved comparative brain scans of psychopaths and altruists. These scans revealed clear differences in the size and activity of the amygdala region of these brains. The amygdala is responsible for a person’s perceptions of emotions and recognition of distress in others.

The attitudes and ideas shaping altruists are characterized by an absence of selfishness. People who consistently put others’ interests ahead of their own also display the traits of autonomy and integrity. Their ability to empathize deeply is another consistent personality feature that affects their career pursuits and other life choices. These individuals identify themselves as no different from others and commonly dismiss any recognition. Although their acts of exceptional selflessness distinguish them, they do not believe that they are “special” in any way.

Morality, by definition, distinguishes between concepts such as good and bad, right and wrong. It requires some form of judgment based upon standards of some kind. Altruism in its purest form is not concerned with the worthiness of the person who benefits from their selfless act. Societal norms would most often judge altruists as being morally “good” because their acts are selfless and benefit the recipient. By contrast, altruists are likely to be unconcerned with whether moralists judge them as being good or acceptable.  Altruists are not generally motivated by acceptance or approval.

The acts of those who feel compelled to help others, even when it is to their own detriment, promote cooperation and mutual support.  These are the very characteristics required for civilization to thrive and succeed. It is not surprising that these individuals, seeking to be of help, often find themselves in careers such as first responders or crisis counselors. 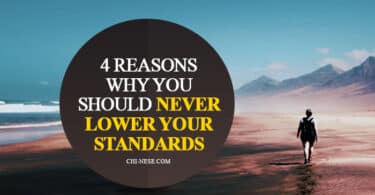