More than 100 million Americans suffer from diabetes or pre-diabetes, an illness characterized by the body’s inability to appropriately regulate blood sugar levels. In Type 1, the pancreas fails to produce insulin, the protein that allows the body to absorb glucose from blood. In Type 2 diabetes, the body stops responding to the insulin it produces. Either way, left untreated, the body will gradually be starved of energy. It is a chronic illness whose effects can include serious illness, debilitation, and death.

The treatment for diabetes (especially Type 1 diabetes) notoriously requires regular blood tests and insulin injections. All these needles in the skin are painful, irritating, and time-consuming. Diabetics sometimes put off injections as a result, which can be extremely dangerous, since they’re then getting less insulin than they need.

However, researchers at Harvard recently announced what could be a revolutionary new treatment, the world’s first insulin pills. The pill has been successful in animal trials, delivering amount of insulin equivalent to an injection. The groundbreaking new treatment requires more research and must still pass human trials before mass production can begin. However, if successful, the pill could make life much simpler and less painful for diabetics, who will no longer be subject to regular prodding by pens, pumps, and syringes.

The oral delivery of insulin has been a kind of “holy grail” of diabetes research, one that eluded medical science for decades. There were a number of huge obstacles standing in the way. Stomach acid and digestive enzymes both destroy insulin, and even if they didn’t, the insulin molecule would be too big to be absorbed through the intestinal wall.

The Harvard researchers got around these obstacles by encasing the insulin in a type of casing that only dissolves in the less acidic small intestine. Inside the pill, it is mixed with a set of compounds that allow it to penetrate the intestinal wall and travel directly to the liver, where it does most of its work. As Harvard researcher Samir Mitragotri put it, “Our approach is like a Swiss Army knife, where one pill has tools for addressing each of the obstacles.”

Studies have shown that the pill may, in fact, work better than the shots in many ways. For example, the pill releases more slowly throughout the day, rather than shocking the blood stream with a sudden drop in blood sugar. The pill-based delivery of insulin is thus more gradual and more natural.

The future of the insulin pill remains a bit uncertain. As mentioned, while it works in Petri dishes and in animals, more research remains to be done before human trials can begin. But things look very promising.

For one thing, the substances the insulin is mixed with in the pill are commonly used as a nutritional supplement and an artificial flavor, and are completely harmless as such. Moreover, the formula is scalable for mass production, and stable enough to enable easy storage and transportation. “This study shows remarkable results,” remarked researcher Mark Prausnitz. “The implications of this work to medicine could be huge.” 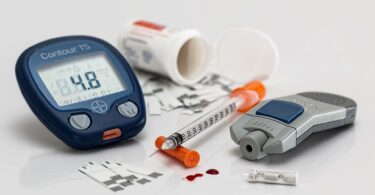