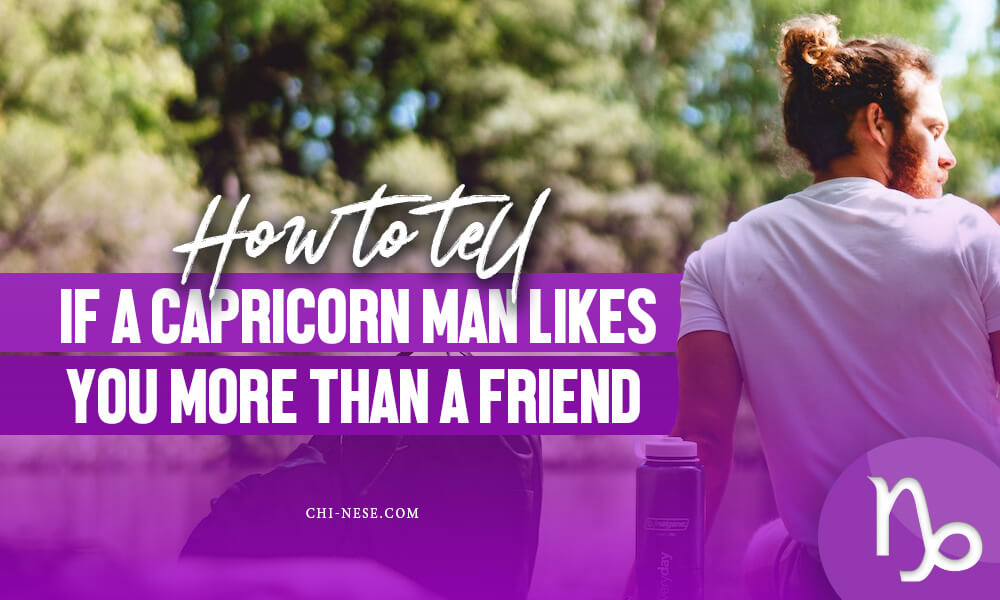 When you meet someone who’s great and you hit it off from the get-go, you might assume that relationship will naturally progress from being friends to something more. However, things aren’t always that straightforward. You can have the best intentions in mind and still not be able to read what is on another person’s mind. Even if you have been friends with a Capricorn man for a while now, there’s no guarantee he feels the same way about you that you do about him.

The best thing to do is check whether or not he likes you as more than a friend before assuming so. That way, there won’t be any awkwardness later on or hurt feelings because of misread situations. Here are some sure signs to tell if a Capricorn man likes you more than a friend.

♑ Capricorn men are often thought to be serious, reserved, and detached. While there’s some truth to that, Capricorn men aren’t as aloof as they might appear at first glance. They’re thoughtful, hardworking, and intelligent individuals with a great sense of humor — just not always readily apparent!

He Sees You As A Long-Term Investment

When a Capricorn man sees you as someone he wants to invest in, it’s a strong sign that he’s interested in you romantically. Capricorns have a tendency to be more selective when it comes to relationships. They believe in quality over quantity, so they invest their time and resources wisely. A Capricorn would see you as a long-term investment if he likes you more than a friend because he would want to make it work. He would want it to last in the long term rather than give up on it, and he would want to make sure that you’re the one for him.

Capricorns are remarkably loyal and consistent partners, who value commitment and stability highly. When they are sure about someone, they can be quite jealous and protective. They might not always show it though, they are known for having a very cool demeanor.

One of the ways to tell if he likes you more than a friend is if he becomes interested in your vision for the future, what your life goals are, and what you want to achieve in life. At first, it may seem strange why he asks so many things about your life, but it is because Capricorn wants to make sure he’s in a relationship with someone who knows what he wants and is serious about relationships.

He Shows You Off To His Friends And Family

A Capricorn man who loves you will want to show you off to the world. He’ll want you to meet his family and friends because he feels proud to be in a relationship with you. He won’t be shy about introducing you to his loved ones because, at the end of the day, he’s happy to have you in his life. In fact, he probably considers you a big part of his life already, even without telling you.

You showing up at family reunions, family dinners or other family events might even be unavoidable. If he likes you as more than a friend, you should expect him to show you off at every given opportunity. However, he won’t be showing off to be boastful; he’ll be proud to have found you.

Family always comes first for a Capricorn, so you can be sure that when he introduces you to his family, you mean more than just a friend to him. He may introduce you to his family as a friend, even though inside he feels completely different emotions!

He’s Always Ready To Meet Up With You

A Capricorn man who likes you will always be ready to meet up with you. The two of you might have completely different lives, but that doesn’t matter. He’ll always be willing to make time for you, even if it means setting up a date schedule or a five-hour drive. He will want to spend as much time with you as possible because he likes you.

He will be patient with you and won’t put any pressure on you. He will do his best to make you feel comfortable around him and will always respect you and your boundaries. He will want to make you happy and show you that he cares. If he likes you as more than a friend, he will make sure to show you that he is ready to meet you whenever and wherever you want him to. This is because he wants to make sure that you’re always in his life and that he’s a part of yours.

Read also: Why Are Capricorns So Hated: 6 Myths About Capricorns Debunked

He Showers You With Gifts

When a Capricorn man is interested in you romantically, he’ll start showering you with gifts. These gifts don’t have to be expensive, but they can be sentimental. It can, essentially, be anything from flowers, and freshly baked muffins to a gift card or even a gift for your family. Since Capricorn is not as creative by nature as other zodiac signs, some gifts may seem silly, such as socks with sausages or a furry phone cover. But still, whatever he gives you, you can be sure that these are sincere gifts of love.

If he’s always buying you little gifts, it’s a strong sign that he likes you. However, keep in mind that not all Capricorn men are the same. Some Capricorns might not know what kind of gifts to get you, so they will either be waiting for you to hint what kind of things you like, or they will often (subtly) ask you what you like to surprise you next time.

Capricorn is very different from other zodiac signs in this regard, so if you receive a gift from him more than once, it is a clear sign that he likes you more than just a friend.

He Shows Care And Concern For Your Well-Being

When a Capricorn man is interested in you romantically, he’ll show concern for your well-being. If you’re having a bad day, he’ll want to know what happened and how he can help. If you need someone to talk to, he’ll be there for you. He won’t just listen, he’ll actively be looking for ways to make you feel better. He’ll also be open to hearing about your problems and concerns. He won’t shut you down, especially if you feel comfortable talking to him about anything.

He will ask you how you’re doing and want to know if you’re feeling good. He will also ask you if you need help with anything or if you want advice on something. A Capricorn man will show you compassion and be willing to help you when you feel like you’re struggling. This is because he wants to make sure that you’re happy and healthy. And, undoubtedly, because he likes you!

When a Capricorn man likes you, there will be no doubt about it. You’ll feel the difference in the way he treats you compared to how he treated you before he had feelings for you. Whether you’ve been friends for years or you just met a couple of months ago, you can still tell if a Capricorn man likes you more than a friend. If you want to know if he likes you more than a friend, just keep an eye out for these signs. If you see that he’s doing any of them, then he’s definitely interested in you romantically! 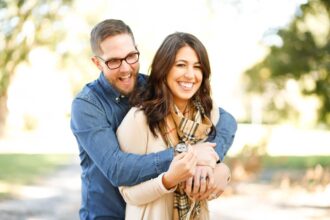 3 Reasons Why Kismia is the Best International Dating Site 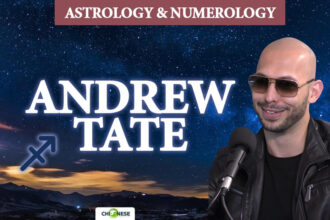