In any given room, there are bound to be a few secret crushes. You know, those people that you can’t help but stare at when they walk in the door? It’s natural to have a crush on someone, regardless of your zodiac sign. However, each zodiac sign handles their crush differently. Some signs will make themselves obvious, while others will try to keep their feelings hidden. Each sign has a different approach, and it can be fun to explore!

Here’s how each zodiac sign behaves around their crush!

Aries are direct, straightforward people who don’t mess around. They’ll make their feelings known quickly and without much finesse so there is no doubt that Aries will make their presence known when they have a crush. Whether it’s by flirting shamelessly or being incredibly persistent, there’s usually no mistaking Aries’ intentions. While their tactics can sometimes be over-the-top, they’re simply trying to get the attention of someone they’re interested in. And if their crush reciprocates those feelings? An Aries will be one of the happiest people on earth!

Aries is a passionate sign with lots of energy to burn so they will make any move on their crush, even if it’s not the smartest thing to do. This could lead them to get into trouble but also might just mean that they’re feeling really strongly about the person! After all, Aries is someone who doesn’t play games and isn’t afraid to show how they feel.

Taurus is a slow-moving earth sign, so it’s natural to tarry around the person they like. They enjoy spending time with their crush because of this quality in them that makes them want to prolong contact with the other person.

The Taurus man or woman will take their sweet time before making any moves on someone they fancy, often waiting for hours at a time just to call or text them again after being put off by busy signals or unanswered calls. The patience shown by these natives can be maddeningly frustrating for others who don’t understand how someone could act so nonchalant about wanting something when it seemed plain as day that they wanted us!

Tauruses are cautious by nature and need time before making any commitments – which is why they often act cool towards their crushes at first until being convinced otherwise by the same person multiple times (sometimes it takes years).

Gemini people are naturally curious, intelligent individuals with a love for adventure. This often leads them to behave impulsively when around their crush even if it’s something as simple as asking questions or starting conversations. With this in mind, it’s not uncommon for Gemini people to act overly friendly or make advances without thinking things through first because they want answers about who their crush is dating or what type of person he/she is looking for in a partner.

Gemini people are naturally two-faced. They can be very sweet and charming on the outside, but have a nasty temper on the inside. This makes it hard for them to know how to act around their crush – they want to be friendly and outgoing, but at the same time they’re afraid of getting rejected or hurt again.

Cancer is the most sentimental of all signs. They are extremely emotional and attach a lot of importance to deep, personal connections. When they act around their crush, Cancer might find themselves trying to impress them or trying not to upset them by over-committing himself/herself too much.

This means that it can be difficult for a Cancer person to balance their emotions when they interact with someone who has captured his heart – especially if this person doesn’t feel the same way about him back.

When around their crush, Cancer should try being there for them emotionally by listening attentively when they talk about how they’re feeling or what’s going on in their life – this will show that they care deeply about the other person and make it clear that Cancer is someone worth investing time into developing a relationship with.

Leos are very charming and like to be the center of attention. They will often act overly enthusiastic or over-reactive to the affections of others, which can sometimes lead them to being annoying.

They’ll want to make sure that the person knows they’re interested in them because it’s important to show your cards early in order for others to take notice. If you’re not showing someone how you feel until it’s too late, then why would they be any different? With Leos, this could lead into some awkward moments where they might brush off their admirer or give him/her mixed signals.

Virgos tend to be shy and demure around their crushes, and they may be reluctant to make the first move. Virgos are usually very hard on themselves when it comes to matters of the heart. They put a lot of pressure on themselves to get things “right” (which is ironic, because they’re one of the most perfectionistic signs). So they often take a very analytical approach when it comes to their crushes, trying to uncover all the little quirks and personality traits that make them special.

Virgos prefer not to make too much of an effort lest they seem overeager or desperate. They’d rather just sit back and watch from afar, admiring their crush from a distance.

Libra is a social sign, so they will likely act around the person they like in the same way they would act around any other friend or acquaintance. They may be a little more attentive and flirtatious, but for the most part, they will just go about their normal routine.

When they have a crush on someone, they will likely want to spend a lot of time around them, and may even become slightly more flirtatious than usual. They will also maintain prolonged eye contact or touch discreetly here and there.

Scorpios can be a little bit tricky to figure out, especially when it comes to their feelings for someone they’re attracted to. They may not always be very open about how they’re feeling, and they may even try to act like they don’t care at all.

However, there are usually some clues that can give away a Scorpio’s true intentions. For example, if they start being more attentive and flirty than usual, or if they start making more of an effort to spend time with you, then it’s probably safe to say that they have a crush on you and this is how they act.

Sagittarius like to act around someone they like in a very open and free manner. They are not afraid to show their feelings, even if it means revealing something about themselves that might be considered private or personal.

Sagittarians will not try to hide their feelings for someone, which can be refreshing if the Sagittarian is having trouble expressing his or her own desires. The downside of this honesty is that it can sometimes lead to a lack of tact and an inability to express oneself well when around people who are not good at reading between the lines.

Sagittarians also have a tendency towards wanderlust, so it’s possible they’ll move on quickly once they realize there isn’t any potential for something more serious with the person they like.

Capricorns are known for being very private and reserved individuals. So, if they happen to have a crush on someone, they’ll likely be very subtle in their advances. They’ll take their time getting to know the person before making any kind of move, and even then, they’ll likely be quite guarded with their feelings.

The zodiac sign of Aquarius is known for being unpredictable and erratic. They often act in strange and puzzling ways around the person they secretly like, which can make it difficult to know what they’re thinking or feeling.

Aquarius is a sign that is known for its independent spirit. When they like someone, they will likely act coy and aloof, pretending not to care too much about the person. But in reality, Aquarius is often very interested in the person they like and may even be obsessing over them.

They will likely try to keep a mental distance from the person they like, so as not to seem too needy or desperate. But at the same time, Aquarius will be secretly hoping that the other person will make a move on them.

Pisces often take a very subtle and passive approach when it comes to their crush. They may not talk to them as much as they would like, or even act like they’re not interested at all. However, this is often just a way to build up the suspense and make the other person want them more.

Many people born under the sign of Pisces often retreat into their own world when they like someone. They often have a hard time hiding their feelings, and they may become more giddy around the person they like. They may not be very vocal, but they’ll definitely be attentive and try to make all the effort they can to make the person feel comfortable. They may also try to do little things to make the person feel special, like bringing them a coffee or pastry or picking up their dry cleaning.

Each sign has a unique way of expressing their feelings and interacting with the object of their affection. While the fiery sign of Aries is straightforward and it is pretty easy to say that they have a crush on you or someone else, Pisces or Scorpio are mysterious and often act as if they are not interested at all.

Whether you’re dealing with, for example, Gemini or Aquarius (both air signs,) each star sign behaves differently around their crush, even though they share the same element. 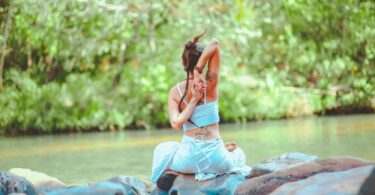 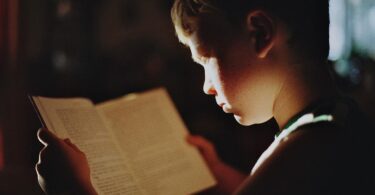 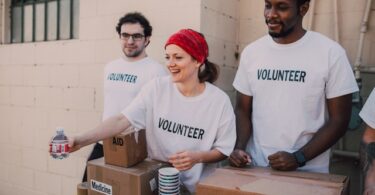 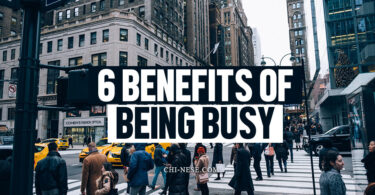