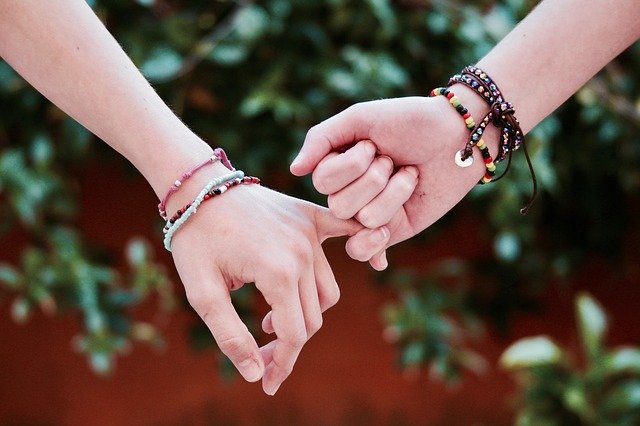 Amulets and talismans supply the power of consciousness, support the energy and spirit of man. Usually, they are made of metals, wood, stones, ceramics, bones or minerals and bring happiness, success, wealth, love, and personal protection.

The power of these amulets is believed to be derived from magic. Some gain luck imparted by folklore and even old religious beliefs.

With the numerous amulets and talismans you can choose from, using one is really a matter of preference. Many of these come in symbols, drawings, and stones and crystals. To start with, this healing crystal guide can also give you added insights on the amulets you may want to start using. Do your research beforehand, so you’re absolutely sure that the amulet indeed has protective power. Which talismans and amulets are best for protection? This article gives you a list.

The pentagram is an important magical amulet called the Blazing Star of Mages. Its triangular elements represent the four elements and the spirit. Many people associate this symbol with evil practices and evil energy, but the pentagram has no relation to negative energy whatsoever.

If you opt for an amulet in the form of a pentagram, you identify not only with its ancient energy, arising from the harmony between two inseparable worlds, but you accept the philosophy of unity and the law of interconnecting everything in the universe into your life.

Pentagram provides the highest protection and brings strength and knowledge. There are a number of pentagram-shaped jewelry, such as bracelets, rings, chains or earrings. Especially necklaces are very popular.

Apart from wearing these, many people also hang the pentagram at the door of their houses for protection of their entire household. Especially for the Chinese, this is also an element of feng shui for bedrooms, bathrooms, and the house as a whole.

The word “Nazar” comes from Arabic and means “look.” Its embodiment is a small blue eye, which symbolizes the eye of the prophet and everyone should keep it with them.

The evil eye should bring his owner fortune and protects him against all kinds of evil, such as anger, aggression, or manipulation. People believe that the talisman has the power to fend off these forces.

Some believe that this amulet should be received as a gift, not bought by yourself, but opinions vary from person to person. The evil eye is most often sold in the form of various amulets, pendants, bracelets, or small beads. An evil eye ring could be a great gift for your loved ones.

The Hand of Fatima

The hand of Fatima (“Hamsa” in Arabic) is a powerful protection amulet in the shape of a palm that shows the right direction, helps us to gain more confidence, relieves fear, and protects us from disasters.

This amulet is very popular in North Africa and the Middle East and is significant to both Jews and Muslims. Many Jews believe that Hamsa symbolizes the Hand of Miriam, the sister of Moses. Muslims believe that it is the hand of Fatima, the daughter of Muhammad.

In addition to protection, the Hand of Fatima is a symbol of femininity and is a popular amulet of blessing, power, and strength to protect weak individuals. The hand of Fatima also promotes fertility and healthy pregnancy.

The amulet can be found in many forms, such as a chain, bracelet, jewelry, a talisman to hang in the car, or a wall sticker. It’s also one of the most popular tattoos.

The Triquetra is an old Celtic symbol of the elements of earth, water, and fire. Triquetra symbolizes the magic number three and the divine trinity. For the Celts, the number three was sacred. The Celtic trinity knot depicts the cosmic balance, the harmonious resonance of the three cosmic forces: body, soul, and spirit.

Triquetra amulets or talismans provide vital energy, self-confidence, and positively affect the health condition of the organism. In addition to these features, the Celtic Triquetra also provides protection against negative energies and influences.

Three intertwined patterns in the form of Celtic knots can be found on rune stones, jewelry, bracelets, or other items that we can carry with us for protection.

For those who believe in Buddha’s power, their amulet, fondly called the “votive tablet,” is also one of the most popular and widely used in the world. You can get this amulet from a Buddhist monk with their blessing by simply donating money or offering oil to the temple in return.

The Buddha amulet is used to drive positive energy or luck to the wearer, and offer protection from bad luck. This is also used by people to keep their marriage and wealth strong.

The horseshoe is one of the most widespread symbols of happiness and good fortune. People have been hanging it for centuries in their house, mostly above the front door, to protect their house from harmful energies and bring happiness and luck. Because the horseshoe shape resembles a magnet, it can also help attract more money into your life.

It was believed that the horseshoe found on the road was magically charged and its effect was much greater. However, horseshoes in the form of a pendant, bracelet, or talisman also have great power and energy.

Amulets and talismans have long been in use. People who swear by it believe that it’s the secret not just to being protected from negative energy and harm, but also in bringing good luck. With the examples above, it’s safe to conclude that almost anything can be an amulet or a charm, for as long as it’s believed to possess the power you wish it to harness. Some of the most common are gems, stones, and crystals but others can be animal parts, written words, and even plant parts. If you’re interested in using one, be sure to choose well so it will function as it should.