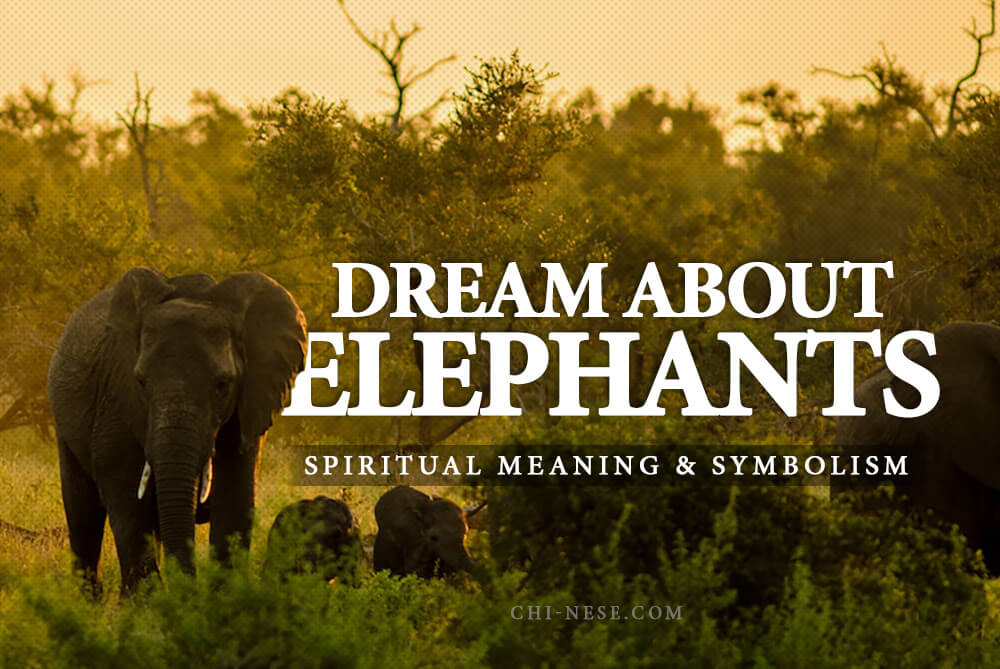 Many cultures around the world see elephants as a symbol of good luck. But what about the dream of elephants? Does the appearance of elephants herald good or bad things?

According to modern dream dictionaries, an elephant in dreams symbolizes happiness, good luck, and fulfilled wishes and desires. However, those who visit our blog regularly know not only that I have been interpreting dreams for several years but that I mainly draw information from old paperback dream dictionaries.

In this article, we will look at the 13 most common elephant dream scenarios, meanings, symbolism, and what they could mean for you.

The symbolism of Elephants in Dreams

Elephants represent a lot of things. On a physical level, these highly intelligent creatures and gentle giants are impressive in size and appearance. They are also known for their strength and stamina. In a spiritual sense, elephants are believed to possess immense power and healing abilities.

For these reasons, they’re often used as protective symbols in cultures worldwide. Elephants are also seen as symbols of abundance, beauty, majesty, and kindness.

That’s why people who follow the ancient technique of feng shui get elephant figurines and place them on their desks or anywhere else they want to create a peaceful environment.

When you dream about an elephant, you don’t have such bitter feelings as if you dreamed about alligators or snakes, for example. This is because elephants are not seen as dangerous animals in many people’s eyes, and looking at them is more pleasant than looking at reptiles. However, anyone who has ever dreamed of an elephant must have wondered why this animal appeared in their dreams and what the hidden meaning behind the elephant is.

According to old dream dictionaries, an elephant appears in your dreams for several reasons.

Your ability to heal

A dream about elephants is often interpreted as a sign that you are starting to heal or that you will recover soon. For example, you may have had a spiritual experience that opened your eyes or helped you discover that all healing abilities are within you. Or you may have changed your mindset, which has been shown to improve both your mental and physical health.

The elephant in dreams represents rather self or spiritual healing rather than medical treatment. However, as elephants are also seen as a symbol of love, your broken heart may soon be healed.

Tough times are over

Seeing an elephant in your dreams means that the difficult time you are going through is coming to an end. An elephant is a symbol of hope and a better tomorrow, and seeing one in your dream is your higher self telling you to have faith and believe in good because your life will change for the better. In this sense, an elephant in a dream is like a light at the end of the tunnel.

Luck is on your side

One of the things that both ancient and modern dream dictionaries agree on is the fact that an elephant in dreams heralds luck or success. If you have started a new project or opened a new business, seeing an elephant in your dreams is a positive sign.

Dream about a white elephant

According to ancient beliefs, a white elephant is a gift from the gods and is believed to signify good luck and prosperity. In dreams, the white elephant symbolizes overcoming obstacles or challenges in life. They also symbolize spiritual evolution or tapping into your psychic abilities.

Seeing an elephant of this color is definitely a positive omen.

Dream about an angry elephant

An angry or aggressive elephant in dreams indicates that you should focus more on the spirit than the material. In other words, you should not prioritize money and wealth over love and kindness.

It could also indicate inner turmoil or feeling like you don’t know what you really want or what your intentions are. Maybe you talk too much about something but do nothing. Or you give too much of your energy to material things or anything related to money and overlook the things around you that are more important, such as family, love, relationships, or health.

This dream is also common in people who work too much and don’t have or make time for family or the things they love. They know that they should spend more time on more important things than work, but at the same time, they are troubled by the thought that they would not be financially secure enough. They don’t know how to balance their career and personal life.

Dream about a black elephant

To dream of a black elephant means that something will take longer than you expected or wished for. But it doesn’t necessarily have to be bad.

If you’ve started a diet, be patient and trust the process. When learning a new thing, don’t be too hard on yourself. You don’t have two brains to learn everything in a day or a week. A black elephant in dreams is a sign of patience, devotion, and strong will.

Something seems difficult or tedious, but you will soon reap what you have sowed. It may take longer than you might like, but you will see that it will be worth it.

One of the old dream dictionaries I have inherited even claims that a dream about a black elephant foretells the death of some important and influential person, such as a president or a king.

Baby elephants signify fresh beginnings, new ideas, and visions, as well as new doors opening – in both a personal and professional sense.

One of the old dream dictionaries describes this dream as a “blooming garden.” Seeing baby or small elephants with or without their mother elephant is a positive sign.

Seeing a baby elephant laden with loads indicates that your process will be slower, but if you stay focused on your goal or dream, you will eventually achieve it.

On the other hand, seeing a dead baby elephant is a bad sign. Something will unexpectedly interrupt your plans, or you’ll learn that someone has stolen your ideas.

Dream about a dead elephant

Seeing a dead elephant in a dream is a negative sign, just like seeing a baby elephant dead. However, the bigger the elephant is, the more negative or unfavorable things will happen or have already happened.

A dead elephant signifies a person who seems to have lost inner strength, motivation, and desire to move forward. It can be caused, for example, by the death of a loved one (the person is grieving and mentally exhausted) or another negative event that “took the person’s soul from their body.”

All dream dictionaries agree that this is some kind of loss that has made the person depressed or changed their life for the worse.

Dreaming about golden elephants signifies that you are entering “uncharted waters,” which can lead to incredible discoveries. An elephant of this color in a dream heralds great success, abundance, and luck in what you give most of your energy to.

Dream about elephants in the water

To dream of elephants staying or playing in the water is a sign of safety, peace, and mental balance or harmony. You have control over your emotions or have learned to work with them.

Water, as a dream symbol, represents our emotions, and combined with the elephant, which symbolizes strength and wealth, it indicates that you are emotionally strong and resilient.

If you are swimming or bathing with elephants in the water, it may represent your comfort in your current situation or environment. You feel secure and at peace.

Read also: 15 Most Common Dreams About Swimming & What They Mean

Dream about an elephant giving birth

Dreaming about an elephant giving birth can be a sign that you are about to undergo a very transformative period in your life, or you will receive some great recognition. Elephants are known for their strength and endurance, and their symbolism reflects this.

This transformation does not necessarily have to be negative. For example, it could be a realization of something important that opens your eyes or a lifestyle change.

An elephant giving birth in a dream could also indicate that what you have been saying for a long time or the opinion you have stood for is true, and people are starting to accept it.

I’m going to use a bit of hyperbole, but let’s say, for example, that you made a claim and others thought you were a conspiracy theorist or a nutcase with no evidence. However, people are now starting to open their eyes and learn the truth. They admire you for standing firm for so long, and now you’re receiving recognition.

Dream about elephants chasing you

If the elephant is chasing you, it indicated that you are running away from some real or metaphorical danger. You might be unable to face the problem head-on or are solving the problem by running away (or acting as if it doesn’t exist.).

In this case, the elephant represents the obstacle you are trying to escape, such as a difficult situation, relationship, or health condition. On the other hand, if you are in control of the elephant, it indicates that you have all the necessary resources to deal with a particular situation a bit more easily.

The color of the elephant chasing you could tell you what the particular problem is.

In general, elephants symbolize strength, power, abundance, wisdom, and good luck. However, their color, size, and what they do in your dream will tell you more. If it is a recurring dream, write down as much detail as possible from your dreams and then try to decipher what each individual symbol might mean. 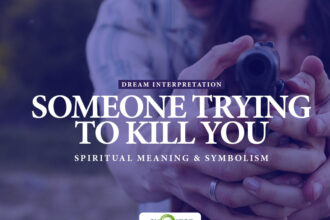 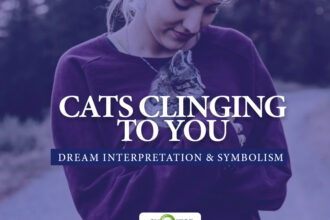 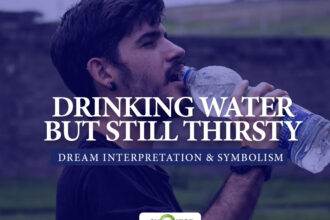